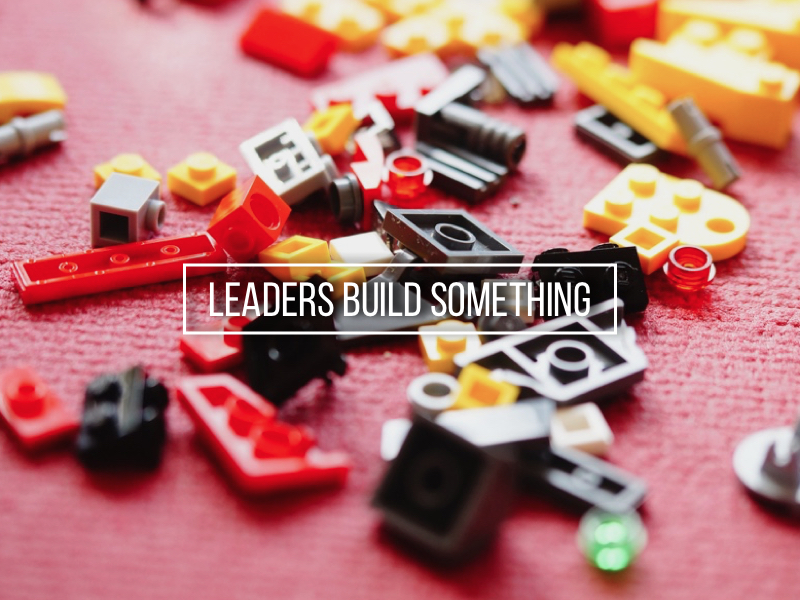 It was 1996 when I first thought about leadership development. A throw away question in a youth leaders meeting about how to invest in a bunch of younger leaders triggered something in me. Since then I have read myriads of books, attended umpteen conferences and listened to a boat load of messages and podcasts too.

Everyone has an opinion about leadership so I know what I am about to write will not be considered original or particularly controversial.

Building is hard work but rewarding. Building is about the future and not just about today. Building changes the landscape and creates the culture within it.

BE A LEADER WHO BUILDS. And spend your energy on building the right things. Build those things that have an eternal value and an eternal mark on them.

1. BUILD CHARACTER. We can build a great life but it can just become a monument to a failed individual if we don’t build the character to go with the talent and opportunity God brings our way. Character keeps us and protects us.

2. BUILD OTHERS. Leaders serve others. We don’t build ourselves for ourselves. We build ourselves so we can pass on what we learn and experience to others following in our footsteps or working alongside us.

3. BUILD A LEGACY. We build with generations in mind. Build something which last beyond your own lifetime, something you have to pass on to the next generation. Like the cathedral builders from the past who gave their all to build way into the future

4. BUILD SLOWLY. Good builders understand it takes time for what they are building. Build in a hurry and you may build for failure. Instead, decide to become a master build, commit to the long haul and build a life of substance, one others would want to follow.

5. BUILD EXCELLENTLY. Build well. Give it your best attention. Care. Make it count. Jesus spoke about how a good builder considers the cost, lays a proper foundation, and only starts what they know can be finished.

Lets be great Christian leaders who are willing to give everything to build the right kind of life for Jesus. One thing is certain, building such a life is the most rewarding kind of life.

Let me know what you think about this idea of being a builder? What are the challenges to developing such an attitude towards life?

View all posts by theotherjc

Check out these RECOMMENDED RESOURCES